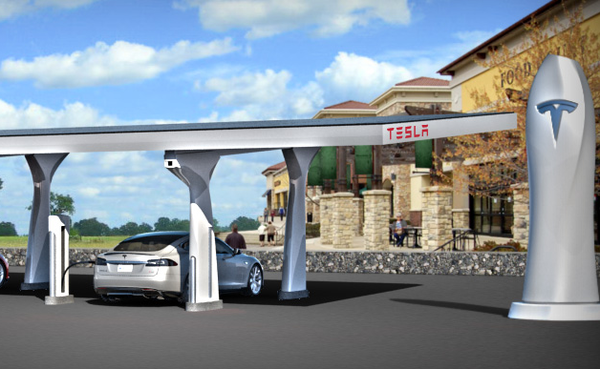 As Tesla continues to expand their brand by adding more vehicles to their roster, they must also consider where all these electric vehicles will charge their lithium-ion batteries while out travelling on the open road. Currently, there are just over 80 Tesla Stations equipped with their Supercharger, most of which are located in North America. At the moment, only 14 of these stations exist in Europe but Tesla has announced plans to expand its European network so it will cover a more substantial part of Western Europe. 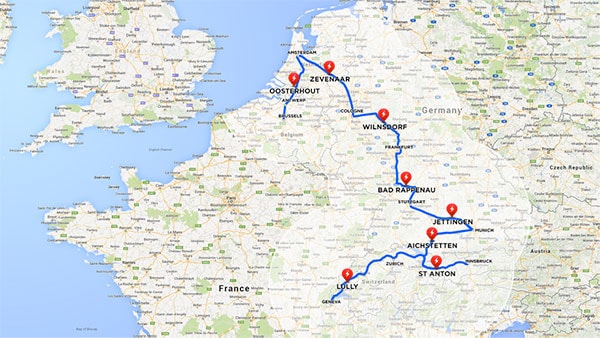 This is a necessary expansion if Tesla has any hopes of capturing the European market with their vehicles. As it is right now, Switzerland has one station in Lully, Austria has one in St. Anton, Germany has stations in Wilnsdorf, Bad Rappenau, Aichstetten and Jettingen, and two Dutch stations in Zevenaar and Oosterhout. Even with this small network of Superchargers, it still connects a substantial part of the German city-centers. Tesla owners in Europe will soon have the ability to drive from anywhere in the German-Austria-Switzerland region up to Amsterdam and back. The future plans for the European Supercharger network are immense, eventually connecting most of Western Europe in the next few years and will allow European residents the option of touring from Norway down to Italy or from Portugal up to London. This network has already come a long way since the first European Supercharger network opened in Norway last year.

Tesla’s Supercharger was invented to provide its patrons with a quick free battery charge so they can continue on down the road. At these stations Tesla owners can get a charge good for 200 miles in 30 minutes or bring their battery to 80% charge in just 40 minutes. Each station has anywhere from 4-10 charging stalls depending on location and are normally close to popular shopping areas.

The extra time for the last 20% has been described by Tesla as, “somewhat like turning down a faucet in order to fill a glass of water to the top without spilling”.  In reality, they need to decrease the charging process to fill the cells properly.