By Rick Carlton
May 8, 2014
NewsElectric Cars

Nissan has initiated production at its new Barcelona facility in association with the new, all-electric e-NV200 cargo/passenger van. The company asserts that the new plant will be employed as the central point for global delivery of the new vehicle.

According to Nissan’s Chief Planning Officer Andy Palmer, “This is a great landmark day for Nissan, starting production of our second electric vehicle. This is at a time when EVs are now recognized as mainstream technology. Many competitors are only just starting to launch their first EV – where Nissan has clear first mover advantage. We’re proud that the Nissan LEAF is the world’s best-selling electric vehicle with more than 110,000 delighted customers enjoying the quiet and smooth ride of an EV.”

The city itself will receive Nissan’s first batch of e-NV200’s, and those vehicles will, in turn, be slated for all-electric taxi operations for use throughout the metro-area. 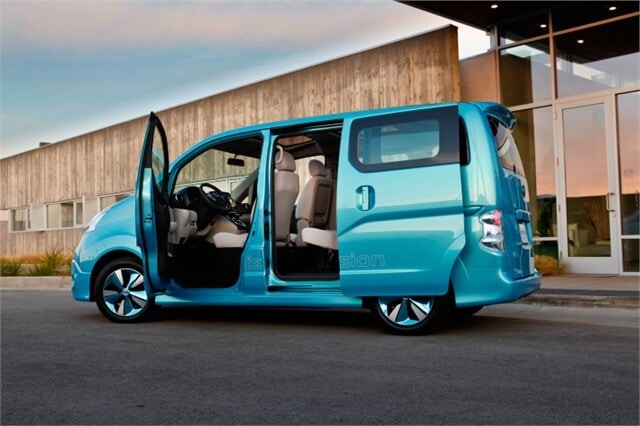 “The e-NV200 taxi has renewed significance in the wake of record levels of air pollution in London and Paris,” Palmer continued. “(This effort) brings a significant number of zero emission vehicles to Barcelona’s streets (and) will ensure cleaner air for every citizen, visitor and tourist. We’re confident that forward-thinking councils everywhere will be clamoring to bring these benefits to their municipalities in the coming years.”

The van utilizes the well-understood LEAF powertrain, and is capable of producing a range of an average of 180km (78 miles), prior to a recharge. Overall the power system produces 107 hp with 207lb ft of torque, and offers central seating for 5, plus a large storage area; perfect for commercial taxi operations.