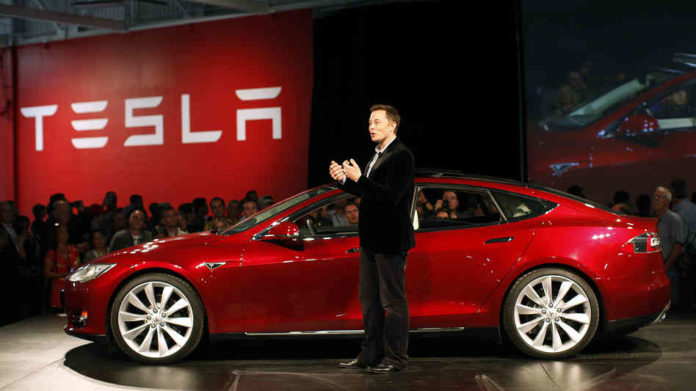 The long-running direct sales battle between Tesla Motors’s Elon Musk and various state legislators may provide for a bit of a summer break if a New Jersey state representative has anything to say about it. “New Jersey prides itself as being pro-business and pro-jobs,” says Tim Eustace (D-Bergen).

“(Tesla) is an American company, and American idea, (and) I think we would be mistaken if we didn’t reverse the idea…that it’s illegal to sell Teslas in New Jersey.” Currently the New Jersey Motor Vehicle Code (MVC) enjoins direct auto sales, although Eustace and Musk think that the code can be altered sooner rather than later.

“We hope lawmakers will recognize efforts by auto dealers and others to bar new sources of competition for what they are,” Musk said, “(…) expressions of a lack of confidence in the competitive process that can only make consumers worse off.”

Eustace has fostered a bill in the State Legislature that changes the MVC to allow for direct selling, just as long as certain operational requirements are met. These include Tesla’s agreement to open four storefront facilities statewide, while accepting that at least one of those facilities will offer on-site brand service.

That said, however, Musk isn’t turning the volume down about what he sees as a series of anti-competitive, and highly punitive actions by the state and specifically Governor Chris Christie, “Anyone who has been through the conventional auto dealer purchase process knows (that) consumer protection is pretty much the furthest thing from the typical car dealer’s mind,’ he said, “(…) if selling through dealerships ensures consumer protection, then Gov. Christie has a bridge closure he wants to sell you.”

Musk and his brand nextgen allies have been at odds with numerous state and consumer groups ranging from an initial New Jersey lawsuit, to similar issues in the States of Missouri, Nebraska, Arizona, Maryland and Texas.