Audi Looks To The Future Of The EV: But Only If…

In today’s mad, mad, world of alternatively powered vehicles, where barely 2% out of 2.5% of total auto marketshare apparently equals the center of the auto universe, Audi has remained largely silent regarding a pure EV. Now, however, that silence has been put paid, since company comments about the potential production of an all-electric R8 are now beginning to make news in the media, but albeit only “…if the market picks up.”

Accordingly to NordLB auto analyst Frank Schwope “Germany’s major carmakers all have electric car plans ready in the drawer,” he said. “(Audi) want(s) to be prepared when demand accelerates in another 5-7 years.” While analysts like Schwope, along with U.S. investment analyst’s including researchers at Morgan Stanley, see a bright future for the uber-rich who can act on MSRP’s averaging $90k or more, what about the potential future for middle and lower cost EV buyers?

In the case of Audi specifically, this sudden interest in electrification is quite puzzling, since Audi’s parent Volkswagen recently came to an entirely different conclusion when commenting on its E-Golf product. “Volkswagen isn’t going to sell many battery-only cars,” said Frost and Sullivan analysts Nicolas Meilhan,“The E-Golf is a stop-gap. (It is) telling (the market) that VW is coming with electric cars, but the range-extended (plug-in hybrid) car will (also be released) in August 2014. (And) that won’t be a niche model like the battery electric car, but will be for the mass market.” 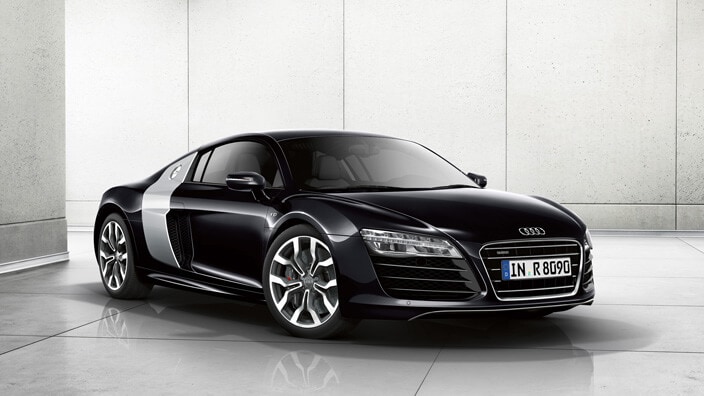 Granted it could be that Tesla is generally sucking the air out of the international EV market, since the American brand is clearly making sales inroads in the EU, along with early traction in China. But the Germans aren’t known to be particularly reactionary, nor are they stupid; so they have to be up to something other than pure business avarice.

Perhaps Audi is just teasing the market, while also sticking a flag in the ground by announcing that its EV Rubicon will be only crossed at the very top of the cost ladder, if ever; then simply continue to move toward hybrid, or even down-stream FCEV concepts, that will suffice nicely in order to produce active medium-priced sales volume. Only time will tell, but either way, 5-7 years is a long time to wait for an EV market that is only now beginning to show some promise.

And there are a lot of things that could go wrong in the interim.