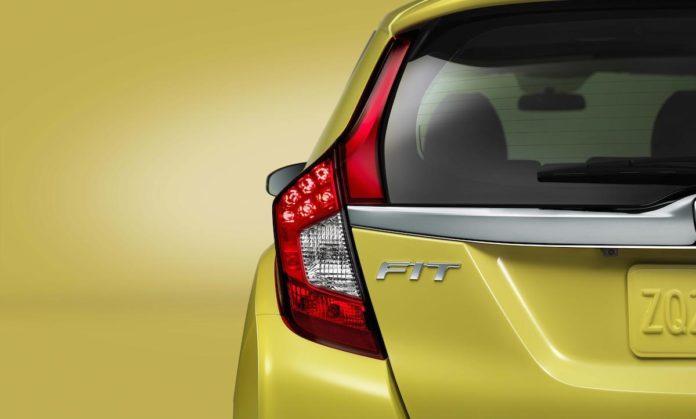 According to an announcement from Honda, the company is recalling some more than 175,000 Japanese-market Fit hybrid sub-compacts due to problems with the car’s electronic control unit (ECU). Details were scant; however, information offered by Automotive News articulates that the unit is apparently prone to execute un-commanded movement from a standing start, or accelerate suddenly while already in motion.

The ECU is produced by supply-chain partner Takata Corp, who has been the center of a number of previous technical issues, but more specifically serious issues associated with its air-bag technology. The latest recall will mark the fourth time that Honda Fits will be recalled for one technical problem or the other since the brand’s Gen3 car was launched last September.

Aside from the vehicle’s airbag system, previously substantive Fit hybrid problems included concerns with the car’s dual clutch transmission. Currently the car is only marketed in Japan; however, information suggests that the Fit, or a follow-on variant based on the Fit is, or was, on the way to the U.S. in the near future.

The company says that the ECU concern has caused eleven accidents, although no deaths or serious injures were reported. The electronic control unit manages the entirety of the ICE-electric engine’s operation by means of software programmable management.

Consequently, it appears that standard instruction sets embodied within the ECU tend to be corrupted, thereby triggering intermittent logic failures. Honda says that re-working the component will take about 90 minutes to reprogram. This suggests that dealer customer care centers will be able to handle recall issues locally.

Regardless of current issues with the car’s technologies, Honda’s Fit has outsold every other vehicle in Japan, with the exception of Toyota’s Aqua hybrid. According to Honda corporate Fit hybrid sales have experienced a better-than a 69% sales growth since the car’s 2013 Q4 launch date.