Certainly most have heard of the Kickstarter crowdfunding portal, where innovative developers showcase a wide-range of projects, in hopes of securing enough capital to complete and launch one or more commercial products. In general the funding approach is highly expansive, since this type of capital evolution lends itself to enhanced thought, while at the same time, leading to greater commercial economic value over time.

That said, however, most of these products tend to be small-scale in nature, such as clever fashion accessories that project email and web information on the user’s hand and arm, technologies that relate to cameras, computing or drone applications, self-growing plant mechanisms that allow users to avoid the drudgery of watering, and music projects aimed at creating new form of melodious sound. Nevertheless, once you drill down below the small to the glitz and glamour, there are some really interesting vehicle projects on the portal, and among these, the Elf urban bicycle/solar/electric vehicle tends to stand out.

Elf is the result of efforts produced by a clever group of developers who call themselves Organic Transit. Their project was, and is, oriented to creating small-scale transit solutions leveraging sustainable power sources, initially based on solar and electric components. In order to complete their project they needed $100k to purchase and/or assemble critical components including; solar paneling, neodymium magnet motors, lithium batteries, PWM controllers, continuously variable transmissions (CVT), vacuum-formed bodies, LED lighting for headlights, brake lights, markers, and turn signals, along with frame components based on recycled aluminum, high volume front and rear wheels, and finally, disc brake components. 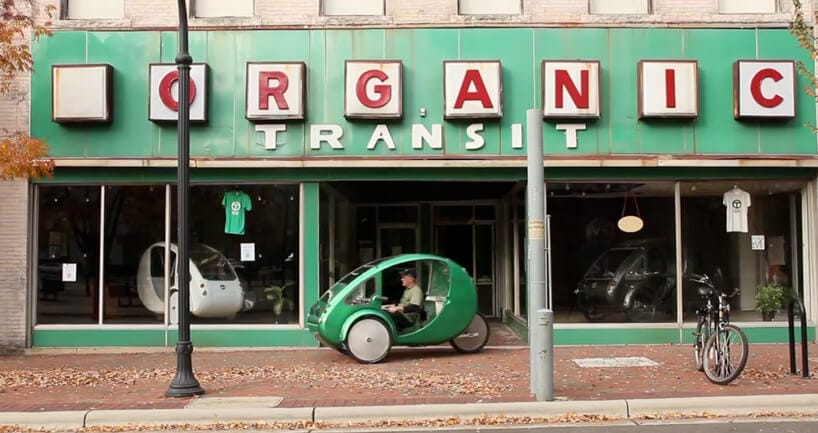 The project ran for 30 days, and when everything was said and done, Organic Transit created enough interest to attract nearly $226k, or nearly two times the needed capital to get the product on the road. The vehicle maxes out at 20 mph on electric power, however, because the vehicle is a hybrid bicycle-pedal/powered product, the system is considered to be a bicycle for registration purposes under Federal guidelines associated with 15 U.S.C 2085 (b). The baseline product carries and MSRP of $5495.

To learn more about the ELF or purchase your own, please visit Organic Transit.