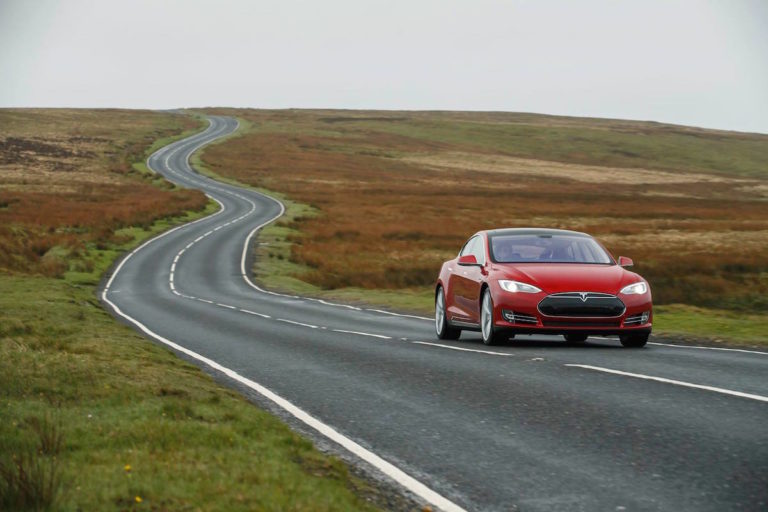 Although there is some sense to be had when it comes to the development of more environmentally responsible vehicles, aside from California, New York and Washington D.C., most of North America doesn’t care all that much. Granted, hybrid vehicles are doing well across the country, but most of that segment’s sales efforts are driven by an extended mileage message, rather than one based on particular environmental concerns like reduced emissions.

So, it’s interesting when the leading American electric car maker can’t drive serious sales volumes between its own coastlines, but also instructive in terms of the differences between one continent’s auto requirements and another’s. This leads to recent news between Tesla Motors and the British Government, based on the company’s interest in providing a fleet of Model S cars to U.K. officials.

According to a 17 July 2014 press release from the U.K. Department For Transportation,

“Government is set to lead by example as all of its car fleets are provided with funding to introduce plug-in cars and vans… the £5 million ultra low emission vehicle (ULEV) readiness project is just the first step in plans to make electric cars and other plug-in vehicles commonplace in (U.K.) government fleets.

Consequently, since Elon Musk and et. al. is always ready to relieve some likely bureaucrat of his/her budget largess, Tesla hit Whitehall with a sales proposal the day the news was announced; and the American company was pretty damn confident about closing a deal too, “The Model S we understand will be under evaluation for inclusion,” said Tesla’s Simon Sproule, “…it would be great to see California-built Tesla’s transporting Her Majesty’s ministers on official business across London.”

Well of course it would, Simon; particularly since the international auto press are on your side as well, “London streets are cramped, you can’t go that fast and there are all sorts of limitations and fees for gasoline-powered vehicles,” commented Karl Brauer, Senior Industry Analyst for Kelley Blue Book; “…it could have some halo effect for the brand if you see the cars used by the government.”

Although the company is relatively sure that some kind of deal can be stuck, they’re serious about helping along as well, including a commitment to up its production rate of right-hand drive cars by 50% at the end of the year. The variant launched its U.K. push in June, after the launch of its Chinese market effort in April. In both cases, the Model S will be priced between $71k – $95k (U.S)