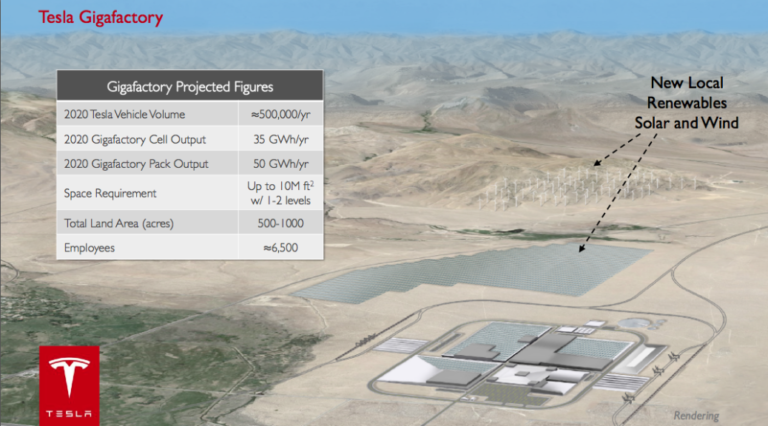 According to Automotive News, deep in the bowels of the list of agreed-upon exemptions in Tesla’s Nevada Gigafactory deal, final verbiage was included that implied acceptance of a direct-sale transaction waiver for Tesla as well, in contrary to other legal challenges that stand against the concept; with the latest lawsuit coming from the State of Georgia.

According to Nevada Franchised Auto Dealers Association (NFADA) Executive Director Wayne Frediani, the direct-sales exemption will probably have “very little impact” on local and regional dealers since he suggested,

“…our entire state will benefit from (the Tesla deal). It’s the largest project northern Nevada has ever seen…(and) new people coming into town (to work at the Tesla plant) are going to buy up cars and trucks from my auto dealers…(while) they’re probably not going to buy up Teslas at $100,000 a copy.”

Frediani’s plain-spoken take on the situation was supported by other verbal giddiness that spread across the state and city from Nevada Governor Brian Sandoval’s overwrought, “We made history today,” to ballistic local politicians including Reno-Sparks Nevada Assemblyman Ira Hansen, “This is arguably the biggest thing that has happened in Nevada since at least the Hoover Dam.”

Nevertheless, as previously mentioned, the initiation of the Tesla development will immediately add a minimum of 6,500 new jobs to the local economy, while affiliate commercial values are likely to spike upwards as well.

This event will, in turn, lead to the creation of further millions from in-direct city/state revenue activity, thereby, beginning to help the state start its long dig out of an economic position that currently stands as the third worst unemployment standing nationally.