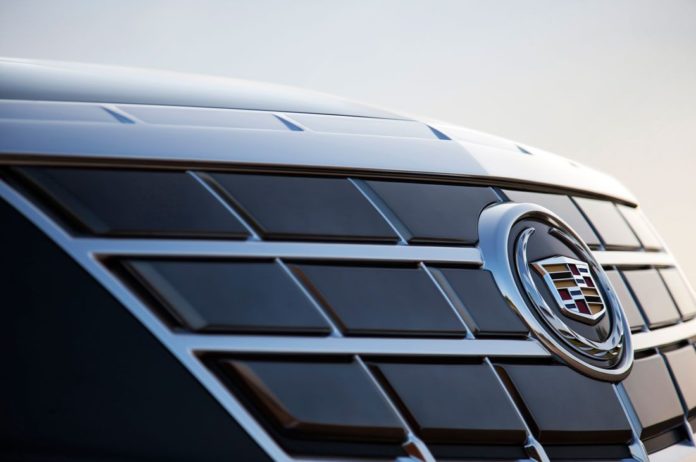 Global product chief Mark Reuss has set the stage next year for the debut of Cadillac’s newest rear-wheel-drive, luxury sedan: the CT6. The Cadillac CT6 will be the highest-end product out of the current model range, sitting just above the CTS and the XTS thanks to its 8 inch longer body and 25 kilogram weight-loss.

GM has even patented their new-improved wielding technique which Reuss claims allows the use of an innovative mix of aluminium and high-strength steels with stamped and cast parts, which in turn will provide a much stiffer shell. Reuss himself called it “The world’s most advanced body structure.” This should lead to both a quieter, and more comfortable ride.

According to The Detroit News, Reuss has announced that the CT6 will boast a twin-turbocharged, 3.0-liter six-cylinder engine with an eight-speed automatic transmission. In addition to this, there will in fact be a plug-in hybrid version, with the ability to reach an impressive 70 miles per gallon.

The CT6 faces fierce competition as it is set to battle it out with the likes of: the Audi A8, the BMW 7 Series and the Jaguar S-Class, because of its size, stature, and presumably similar price range. Despite this though, new president of Cadillac, Johan de Nysschen claims that it will not be competing in the same class as the Cadillac CT6.

The Daily Kanban recently reported that de Nysschen said: “CT6 is not positioned against S-Class, 7 Series or [Audi] A8. It will have more advanced technology, better dynamics, similar refinement but it is smaller.”

The design of the new hybrid vehicle hasn’t been unveiled yet, but many are speculating it may take design cues from Cadillac’s forthcoming Elmiraj, pictured below:

But is this just a way of fueling the fire and adding heat to the competition?

De Nysschen seems confident that the Cadillac will outperform its German and English rivals. We already know that the CT6 is due to be a whopping 350 kilograms lighter than the 7 series. With those kinds of promises, it’s easy to see why Reuss, de Nysschen and the Cadillac team may currently be feeling smug.

Cadillac is starting to up their game with the success of the CTS which won over many of its critics. Sales were also up with 2013 proving to be a very good year for Cadillac and consequently its parents company General Motors too. Despite a decrease in last months sales of 1.3% in  the US, on the global front Cadillac really isn’t doing too badly. A 10% sales increase in 2014 through to August shows how well sales have been progressing, mainly because of sales gains in China.

And it’s not just sales that are up too – Cadillac’s average transaction price has been over $49,000, which trumps rival German luxury brands.

The question now is, can they keep up this strong, productive and driven motive? We’ll have to wait til late next year to find out, but if one thing’s for sure, it’s that Cadillac is most definitely not to be taken lightly.