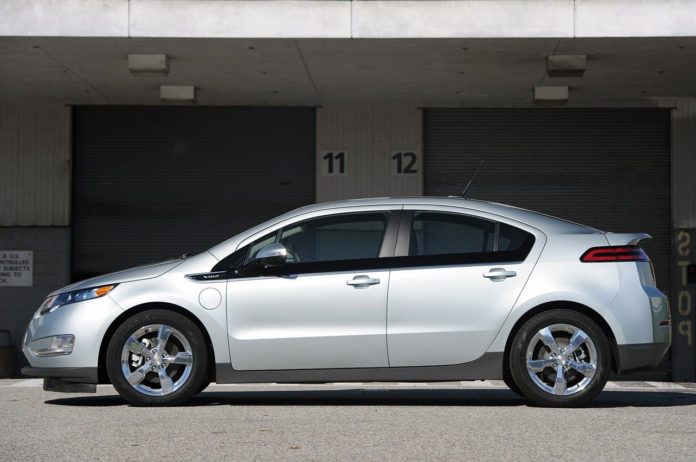 GM’s Chevrolet Volt hasn’t had the success that was anticipated four years ago. Sales projected for the hybrid were 60,000 units a year, but instead the Volt has flopped with current overall sales at a mere 69,000 in comparison to the ambitious targets set before.

GM has once again upped their game in an attempt to ignite the Volt’s image and sales with an all new Voltec extended range electric vehicle (EREV) propulsion system.

The new system was announced by GM’s CEO Mary Barra, who said that the Voltec “will store more energy in its battery pack with fewer cells, yet go further on a charge.”

This marks a new generation in GM’s green efforts, with Barra stating that the company would be moving forward with green incentives and cultural change, with emphasis on accountability by all employees in order to improve the company’s performance.

So what’s the deal with the new system?

The Voltec system includes the battery, drive unit, range-extending engine and power electronics. In conjunction with LG Chem, the number of cells within the battery have been decreased from 288 to 192 thus giving a significant weight loss of 13kg, while the cell capacity has been increased by 20%.

While the current Volt may not have had the envisioned success as yet, the current battery pack has been a success as a whole due to its industry leading quality and reliability. Of the 20 million battery cells produced for the 69,000 units currently in circulation, reports show that cell problems occur in just 2 out of 1 million cells.

GM has accepted the fact that in such a cut-throat market, only the strongest can win. Toyota’s Prius leads as the industry standard because of its reputable brand name and almost 20 years of experience in the hybrid market. If GM is willing to learn, and improve through trial and error, then they have may have the impetus to succeed, much like Toyota.

Let’s not forget that the first Prius back in 1995 (released for sale in 1997) had little success in the commercial market. Toyota recognized why the car didn’t sell well and was able to improve again and again.

The Volt has the potential to lead GM into green-market success. Providing they don’t become glutinous and rely on the Volt as a main financial contributor for the foreseeable future, as the Volt is still in its early stages, if the Prius’ road to success is anything to go by.