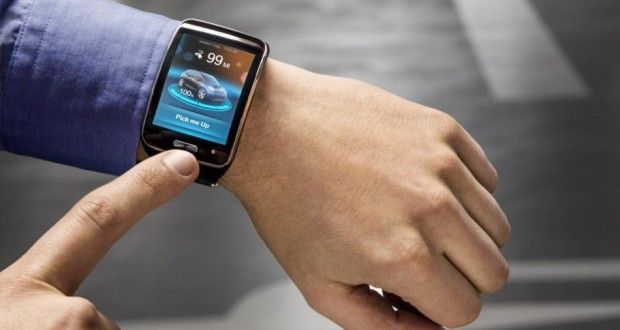 It’s been well over a year since Audi’s first demonstration of the their autonomously parking A7. Now, BMW has joined the game.

Having built on last year’s CES exhibition of their autonomous car, the i3 research vehicle has now picked up few crucial components learned by the team in the past project.

BMW’s CES project early this year impressed many by not just taking a car round a track autonomously, but by stepping it up a notch and putting on a show at the Las Vegas speedway track. At the time, this technology wasn’t expected to hit production until 2020.

The i3 research vehicle steers away from the on-board sensors and beacons used in the Audi A7. Instead, 360 degree lasers which give the car a complete all-round view are used to guide the i3 into a parking space in a multi-story car park. The car then locks itself, and sits patiently for the next order.

The user can then summon the vehicle through a voice command via an app on their smart watch. The car will once again navigate its way past pedestrians, obstructions and other vehicles before arriving at the location of the owner.

BMW has said that it does not require any specially made car parks, so pre-existing car parks are completely viable and will be possible to use when the system navigation is implemented. But despite this, electronic blueprints will still be required in order for it to successfully find its way and park itself.

As of yet, it’s unknown what will happen if the car is unsuccessful in finding a parking space. This system is primarily made so that you can simply jump out, saving you time in case you’re late, for instance.

So what if the car doesn’t find a space? Where will it go?

For a system that is designed to leave you at ease while you’re busy going about your business, I personally would be rather uneasy if I was unsure where my vehicle was or if it was safely working. Chances are if you’ve spent the sort of money that buys you this sort of tech, then you’re not going to happily wave goodbye to a $30,000 piece of kit without a little hesitation.

That being said, it’s a great idea. Will it become a widespread success? I’m not too sure. Autonomous driving is edging its ways into our lives at quite a rate, but for situations such as parking in tight confined spaces where any damage to yours or someone else’s car is not ideal, a lot of trust has to be placed in the robot at the wheel. As of yet, a date is unknown for implementation into product cars.