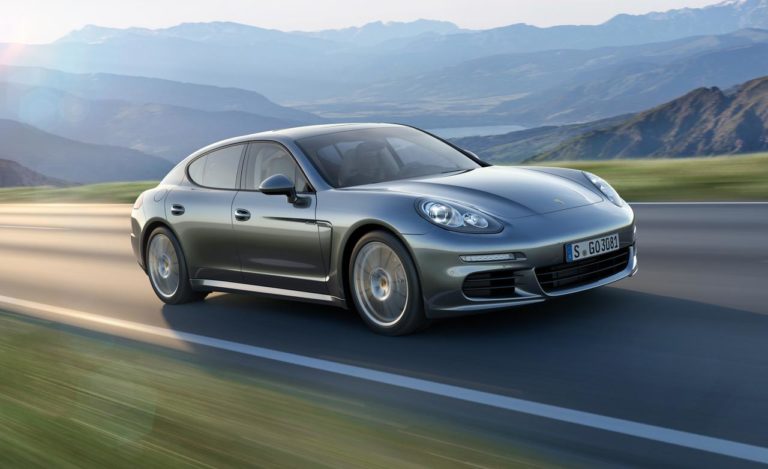 An interesting story that’s surfaced this week is the apparent interest from Porsche towards its first all-electric vehicle; the “baby version” of the existing Panamera S E-Hybrid called the ‘Pajun’.

Though currently only speculation, several reputable sites are reporting that Porsche is looking into the all-electric vehicle as a way of directly taking on Tesla Motors, and more specifically the Model S. This may come a shock to many, as Jaguar stated only last week that it wasn’t interested in the EV market, and would stay focused on creating diesel and petrol plug-in hybrids which seem to be doing well with all the big German automakers who are slowly but timidly dipping their toes into the green market.

Reports suggest that the Pajun will be much smaller than the Panamera, which make sense when you consider the competition within that bracket at the moment and with so many other looking to introduce similar styles and sizes too.

What’s confusing from the reports though is the timescale. Some report that we could see the Pajun as early as next year, while others talk of how it could take 4 or 5 more years before we see production. Porsche apparently wants the range to be between 200 and 250 miles per charge, so a 4-5 year wait seems a whole lot more likely. Though, the Bolt and new Leaf hope to be knocking on the door of the 200 mile range in half that time and the Model S can do up to 300 miles on the 85 kWh battery already.

Tesla’s rapid battery growth could be the Pajun’s shortcoming. Unless the Pajun can find a much quicker introduction than the estimated timeline, there doesn’t seem to be much of a point in launching at all. There is yet to be any kind of price reported, and you wouldn’t expect Porsche to charge a significant amount less than the Model S anyway.

In summary, there isn’t really enough matter to piece together an in depth concept and analysis as of yet. With no prices, no dates and no motors mentioned, it’s hard to get excited. It is entirely possible that Porsche is looking to take on the Model S, but at this point its attempts seem feeble. A prestigious automaker such as Porsche wouldn’t take such a risk without genuinely having something worth matching Musk’s ingenuity, would they?