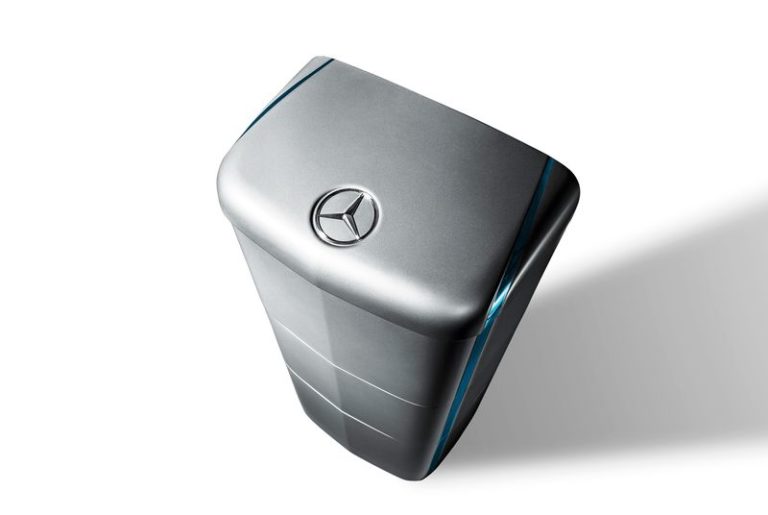 A few weeks ago, Elon Musk made a big splash when he announced Tesla Energy and its first product, the Powerwall. A home battery built with the same battery technology that powers Tesla Motors’ electric cars, the Powerwall was set to revolutionize how renewable energy can be used to power a home off the grid.

Now, The Verge reports that Mercedes-Benz is looking to take Tesla Energy on with its own home battery.

The German conglomerate is planning to offer Mercedes-Benz-branded battery packs starting this September in its home country through subsidiary Accumotive, and it’s taking registrations now.

Like Tesla, Mercedes’ battery packs are filled with cells originally designed with cars in mind, and they’re designed to even the load so solar energy can be stored overnight and homes can draw from the grid during off-peak hours. The company says that you can combine up to eight packs — 2.5 kWh each, for a total of 20 kWh.