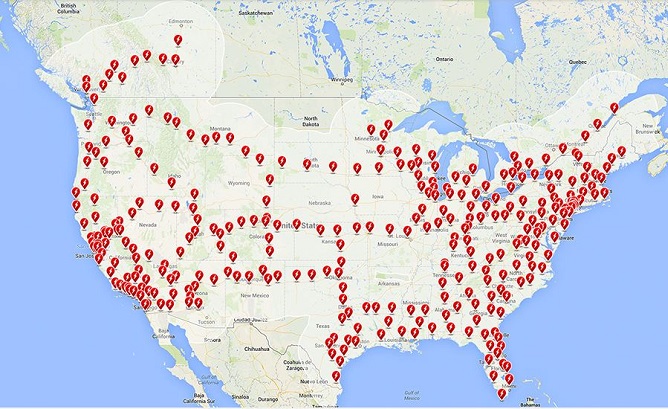 The battle that Tesla Motors has faced with states regarding its direct-to-customer sales model has been well documented, with a spat with New Jersey being particularly public.

But a state’s decision to ban the sale of its vehicles has clearly had no impact on Tesla’s commitment to deliver electric car infrastructure to its residents.

A new study reported by HybridCars.com shows that there are actually 108 Tesla Superchargers in states that don’t sell its cars.

Of the 27 states without a Tesla store (according to the company’s most recent list), 21 have at least one Supercharger installed. Only Hawaii has the opposite issue: a retail location, but no Supercharger. And six states have neither (Alaska, Arkansas, Maine, Mississippi, Nebraska and North Dakota).

Last January, Tesla estimated that 80% of the U.S. lives within 100 miles of a Supercharger. By the end of the year, the company expects this number will reach 98%.