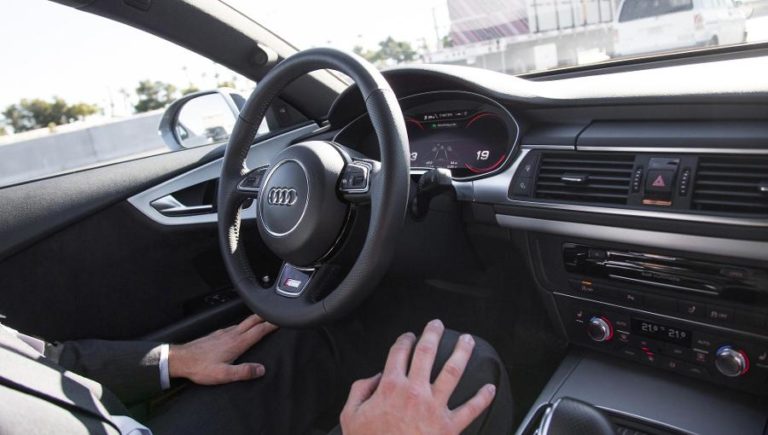 One of the main concerns regarding the anticipated deployment of autonomous cars and having them share the road with human-driven vehicles is the fact that self-driving vehicles will be programmed to obey traffic laws to the letter, unlike human drivers, which is very likely to lead to frequent collisions.

This potential (and pretty ironic) safety risk arising from the ability of autonomous cars to behave by the book at all times is one of the reasons why German carmaker Audi has decided to try to make its driverless vehicles more similar to human drivers in terms of how they interact with other vehicles, and how they handle specific traffic scenarios. In a press release, Audi announced it has developed a self-driving car concept that is able to interact with other road users in a manner that is similar to the way human drivers interact with each other.

A Car with Social Competence

As part of its driverless technology development efforts, Audi has created an autonomous driving research car, that has been tested on German expressways. The concept car is an Audi A7 equipped with self-driving technology, internally named “Jack”, and it has undergone real-world tests on the A9 Autobahn. The car maker says that the vehicle has learned how to adapt to different traffic situations, showing consideration for the drivers it was sharing the road with, as well as other road users.

“The cooperative attitude of “Jack” is especially apparent when other vehicles want to merge into the lane, such as on an expressway. Here the test car decides – based on the selected driving profile – whether to accelerate or brake, depending on which is best suited to handling the traffic situation harmoniously for all road users. Another new feature: Upon request, the navigation system can compute a route with the largest proportion of piloted driving sections,” says Audi in a statement.

Detecting Other Road Users’ Intentions and Signaling Its Own

Using a central driver assistance controller, or zFAS, as Audi calls it, which is a system that involves a super powerful processor and various sensors, the self-driving A7 has demonstrated that it can anticipate what maneuver surrounding vehicles are about to perform and adjust its speed and movements accordingly, to avoid a collision and ensure a better traffic flow.

Also, the car’s self-driving system is intuitive and considerate enough to let other cars know when it’s about to change lanes or merge into traffic well in advance, by activating turn signals and moving closer to lane markings before it changes lanes.

On top of that, the A7 moves closer to one side of its lane when it’s being overtaken by a bus or a truck on the other side, in order to leave more room for the other vehicle.

This type of behavior can help increase public confidence in autonomous cars, which is currently at pretty low levels. Various surveys show that most drivers are still not convinced that self-driving vehicles are safer than conventional vehicles, and that they lack certain habits typical of human drivers, that a computer can not replicate.

With the A7 concept, Audi wants to address this issue, and eliminate a large obstacle standing in the way of a commercial deployment of fully-autonomous cars.