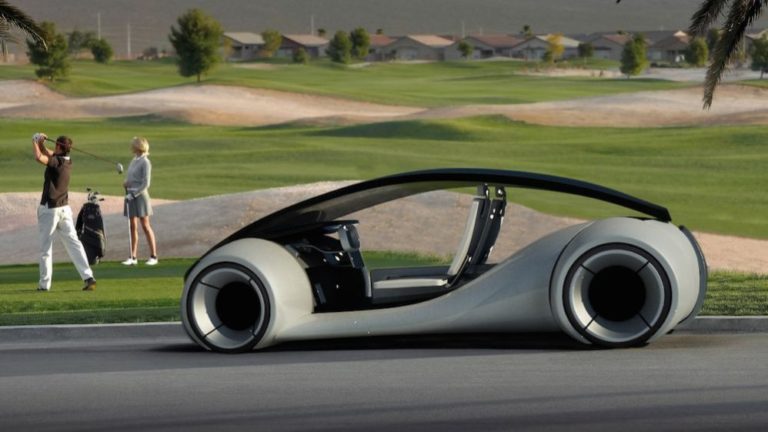 Although never formally announced by Apple, rumours have been swirling for years that it would be developing its own car, presumably self-driving and electric. According to sources, internally the project is referred to as ‘Project Titan’.

But a new report today from Bloomberg suggests that the company may no longer be pursuing the production of an actual car, and rather focusing on the software that underpins the vehicle.

New leadership of the initiative, known internally as Project Titan, has re-focused on developing an autonomous driving system that gives Apple flexibility to either partner with existing carmakers, or return to designing its own vehicle in the future, the people also said. Apple has kept staff numbers in the team steady by hiring people to help with the new focus, according to another person.

Apple executives have given the car team a deadline of late next year to prove the feasibility of the self-driving system and decide on a final direction, two of the people said.

In another interview published today on Nikkei.com, Apple’s CEO Tim Cook was asked about its recent $1 billion investment in the Chinese ride-hailing app Didi Chuxing, and had this to say:

Cook said the decision was made, in part, because the “sharing economy” is of “great interest to us.”

It’s easy to draw a connection between the Bloomberg report and Cook’s statement, and suspect that Apple is exploring alternative distribution models for a vehicle project – especially when traditional vehicle ownership is on the decline.

And in that vein, Apple Analyst Neil Cybart had this to say about Bloomberg’s announcement on Twitter :

I went over my Project Titan observations last month. This one helps put today’s Bloomberg report in context. https://t.co/H35vBrKTAT ($) pic.twitter.com/RjlB3K3wp6

And finally, Benedict Evans shared his thoughts on what Apple’s unique selling point would be in a new vehicle:

On the other hand, if cars are autonomous pods that are routed automatically and centrally load-balanced, that’s for Google/Uber, not Apple

In the end, we’re still entirely in the dark when it comes to an official announcement one way or another, but expect more details to come to light in the coming months.