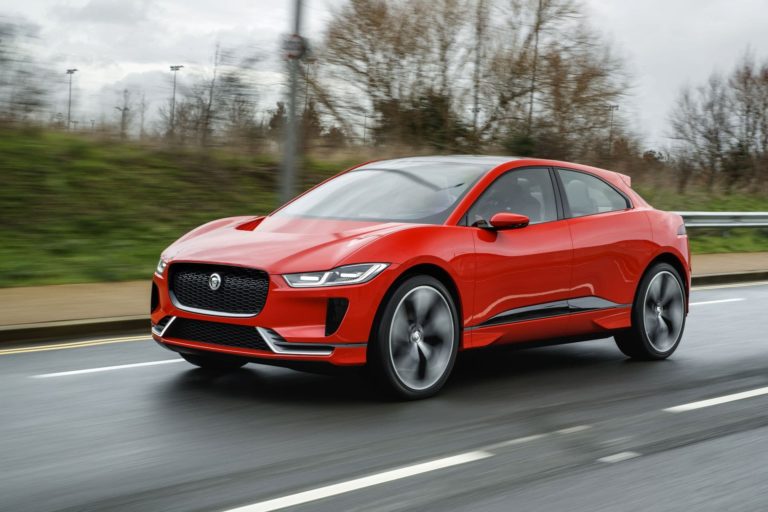 Jaguar I-Pace SUV is the most conventional and sportiest electric vehicle so far.

The British multinational car maker has overtaken its European competition and unleashed a brand that fully utilizes two of the rapidly growing segments in the auto industry; electric vehicles and SUVs.

According to Australian Financial Review, the electric SUV will be available in the Australian market in October this year. Its price will range between $120,000 and $160,000 exclusive of other road costs.

Compared to other SUVs, the I-Pace is quite low and features a super beautiful design the company calls cab-forward design.

The design puts the passenger area towards the nose of the car to utilize the absence of a conventional engine upfront.

The whole thing sits and moves on massive 22-inch wheels.

The I-Pace SUV is designed with a grille that appears to be a standard radiator to make sure that it doesn’t drift so much from other Jaguar brands.

The car is powered by duo electric motors that supply independent torque to every axle via high-tech software.

The motors give out a total output of 294 kWh, and its performance can match that of an old-school V8.

Jaguar I-Pace SUV can accelerate from 0-62 miles per hour in just 4.8 seconds.

The price is reasonably lower than any of Tesla electric models, and its performance is much better.

Tesla has always promoted the fast acceleration of their EVs that’s only for straight line driving but has never considered off-road driving and on winding roads.

The off-road and on winding roads good performance is made possible by the air adaptive suspension feature that gives the car a very impressive body control on any road.

There is only one limitation in this Jaguar’s newborn, the range. The Jaguar I-Pace SUV cannot link two capital cities in a single charge as it can just cover 298 miles between charges.

But that’s okay because most of Jaguar brands are made for luxury, not long journeys. And so, for use within a city, you will just need to charge the car once or twice a week.